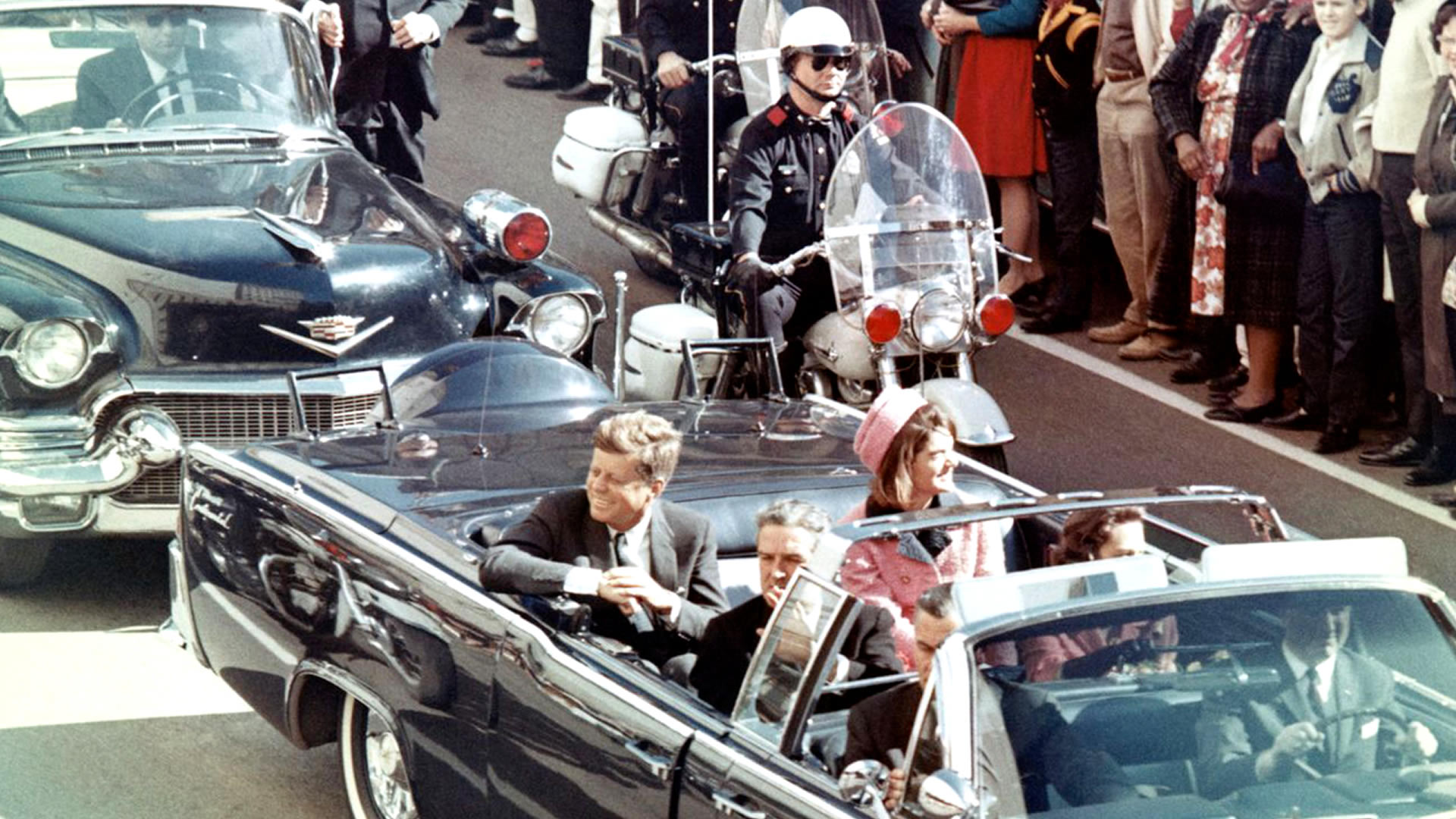 Perhaps no major event in modern U.S. history has spawned more widespread doubt than the assassination of President John F. Kennedy in Dallas in November 1963. The official account: One man, Lee Harvey Oswald, did it. The unofficial theory: Well, there are many.

The Warren Commission, a board of inquest appointed by JFK's successor Lyndon B. Johnson, produced a voluminous report to substantiate the official conclusion that Oswald had indeed killed Kennedy and acted alone.

Yet many people found that story difficult to accept, actually almost 60 percent of Americans believe in conspiracy theories about the JFK assassination.

How could someone who displayed abysmal marksmanship skills in his brief Marine Corps career, manage to hit a distant, moving target with two of the three shots that he fired from a sixth-floor window? What if Oswald was telling the truth when, after his arrest, he said, "I'm just a patsy"? And wasn't it a bit too convenient that Jack Ruby, a nightclub owner with conspicuous organized crime connections, got close enough to Oswald to kill him, before he could talk further?

It didn't help when, in 1979, a Congressional committee that reopened the case concluded that the original investigation had been less than complete, and raised the possibility that JFK had been killed by a conspiracy [source].

Yet, to this day, there is no hard evidence of one, despite all the theories and names tossed out over the years. "The reason is, there is [no conspiracy] to leak out," Vincent Bugliosi, attorney and author of "Reclaiming History: The Assassination of John F. Kennedy" told the Dallas Morning News in 2013.

Still, skeptics continue to peruse grainy home movies of the event and study arcane documentation from the investigation, looking for the proverbial smoking gun that will crack the case. Here are 10 theories that offer conspiratorial explanations for what happened, some more believable than others.

There have been persistent rumors over the years of links between JFK and the Mafia. A purported presidential mistress, Judith Campbell Exner, once claimed she had arranged a meeting at JFK's behest with Chicago crime boss Sam Gianciana, so that JFK could seek Gianciana's help during the 1960 presidential race [source].

It's also well-documented that the CIA sought mobsters' help in its plots to assassinate Cuban dictator Fidel Castro [source].

But the Mafia eventually came to view JFK and his brother, Attorney General Robert F. Kennedy, as bitter adversaries because of the latter's efforts to eradicate mob influence over the Teamsters union [source]. Frank Ragano, an attorney who represented Teamsters president Jimmy Hoffa, wrote a 1994 book in which he alleged that Hoffa asked mob bosses Santos Trafficante and Carlos Marcello to arrange JFK's assassination. (Of course, Hoffa mysteriously disappeared in 1975 and was declared legally dead in 1982.) Ragano also claimed that, in 1987, a dying Trafficante confessed to having a role in the president's killing and expressed his regrets, saying, "We should have killed Bobby" instead [source].

The mob hit is probably the conspiracy theory that comes the closest to being plausible — even House Select Committee on Assassinations (HSCA) counsel G. Robert Blakey said in 1979,"I think the mob did it" [source]. But with the possible suspects and their associates long dead, the chances of turning up solid proof seem increasingly remote.

In 1964, the Warren Commission concluded that Lee Harvey Oswald acted alone (and that Jack Ruby also acted alone when he killed Oswald two days later), but most people don't seem to accept that this assassination was the work of a lone gunman.

The House of Representatives may be partially to blame for this enduring conspiracy theory. In 1976, the Select Committee on Assassinations, which reinvestigated JFK's killing as well as Martin Luther King Jr.'s, concluded that there was "probably" a second shooter on the "grassy knoll," a hill overlooking the site where Kennedy was assassinated in his motorcade.

In 1982, yet another committee examined the evidence. The National Academy of Sciences Committee on Ballistic Acoustics found that "reliable acoustic data do not support a conclusion that there was a second gunman."

But the theory lives on.

8: The government did it

Perhaps the most frightening theory in circulation is that the Kennedy assassination was an inside job. According to biographer Philip Shenon, that was Bobby's first thought. "Apparently Bobby Kennedy’s first suspicion was that it was some rogue element in the CIA," Philip Shenon told NBC News. However, after a meeting with CIA Director John McCone, Kennedy changed his mind.

The public was harder to sway. Of course, an organization that's shrouded in secrecy and has a motive (CIA leader's were notably angry with Kennedy over the Bay of Pigs Invasion), is always going to be suspect, but the organization maintains it had nothing to do with the crime.

Other insider assassination theories have included a story that William Greer, the driver of the President's car, turned around and shot JFK, a premise based on a poor copy of the Zapruder film.

As a congressional inquiry discovered in 1975, the CIA hatched numerous plots to assassinate Cuban dictator Fidel Castro during Kennedy's presidency, including an attempt to poison his food. Did Castro decide to return the favor? Lyndon B. Johnson harbored such suspicions. In a 1967 phone call to acting Attorney General Ramsey Clark that was secretly recorded, LBJ even described a rumor he'd heard about how Castro had captured plotters against him and tortured them into revealing that they were working for the CIA.

Oswald was involved with pro-Castro activism and even tried to obtain a visa to visit Cuba in the summer before JFK's death. But clear-cut proof of a Cuban role in the assassination has yet to emerge, and in a 1977 interview, Castro himself said that killing Kennedy would have been "absolute insanity," because the U.S. might have attacked Cuba in retaliation.

The theory that the so-called military industrial complex, a phrase coined by President Dwight Eisenhower to describe the informal alliance between a nation’s military and its arms industry, was behind the assassination has gained traction over time.

Conspiracy theorists point to Kennedy’s intention to pull US troops out of Vietnam, a decision later reversed under President Johnson, as the motive the army (and those looking to profit from the war) had to get rid of him.

5: Lyndon Johnson Did It

The gist of the theory is that Johnson was motivated by ambition and received help from members of the CIA and wealthy tycoons who believed they would profit more under a Johnson administration.

According to one version of the theory, Johnson was aided in the plot by another man who would become president, George H.W. Bush, a burgeoning CIA official who happened to be in Dallas on the day of the assassination.

Oswald fired just three bullets in Dallas. But he killed JFK and badly wounded Governor John Connally who was sitting in front of the president. The Warren Commission - the investigation into JFK’s killing set up in 1963 - came up with the “single-bullet theory” to explain how Oswald did so much damage with just three rounds.

It posits that both men were hit by a single bullet which “entered JFK’s upper back, exited his throat, and then struck Connally, breaking a rib and shattering his wrist, and finally coming to rest in his thigh,” says the Mary Ferrell Foundation. Sceptics say the trajectory was fanciful and re-named it the “magic bullet theory”. It’s just one reason why conspiracy theorists think more than one shooter was involved.

The so-called "umbrella man" was one of the closest bystanders to the president when he was first struck by a bullet. The "umbrella man" has become the subject of conspiracy theories after footage of the assassination showed him holding an open umbrella as the Kennedy motorcade passed, despite the fact that it was not raining at the time. One conspiracy theory, proposed by assassination researcher Robert Cutler, suggests that a dart with a paralyzing agent could have been fired from the umbrella, disabling Kennedy and making him a "sitting duck" for an assassination.

In 1975, CIA weapons developer Charles Senseney told the Senate Intelligence Committee that such an umbrella weapon was in the hands of the CIA in 1963.

A more prevalent conspiracy theory holds that the umbrella could have been used to provide visual signals to hidden gunmen.

According to some conspiracy theorists, the Soviet Union, under the leadership of Nikita Khrushchev, was responsible for the assassination, motivated by the humiliation of having to back down during the Cuban Missile Crisis.

According to a 1966 FBI document, Colonel Boris Ivanov — chief of the KGB Residency in New York City at the time of the assassination — stated that it was his personal opinion that the assassination had been planned by an organized group, rather than a lone individual. The same document stated, "... officials of the Communist Party of the Soviet Union believed there was some well-organized conspiracy on the part of the 'ultraright' in the United States to effect a 'coup.'"

Quite simply, how could he have done it? How could this skinny kid who emigrated to Russia and returned when it got too tough, have pulled it off? How could some wannabe-communist honourably discharged from the Marine Corps, fire three shots in eight seconds using a bolt action rifle. How could that second bullet have struck somebody in the back, exit their neck and then strike a second person’s back and then leave through their chest?

How could this measly nobody have killed the most powerful person in the world, and then calmly boarded a city bus to escape. And he did all this by himself?

New Orleans District Attorney Jim Garrison investigated the New Orleans connections to Oswald, presenting jurors with a theory that Oswald had colluded with prominent local businessman Clay Shaw and eccentric private investigator David Ferrie. Garrison purported that the three had discussed killing Kennedy at a party using a "triangulation" of gunfire, which would hit the president from three directions. Shaw was quickly acquitted by a jury. 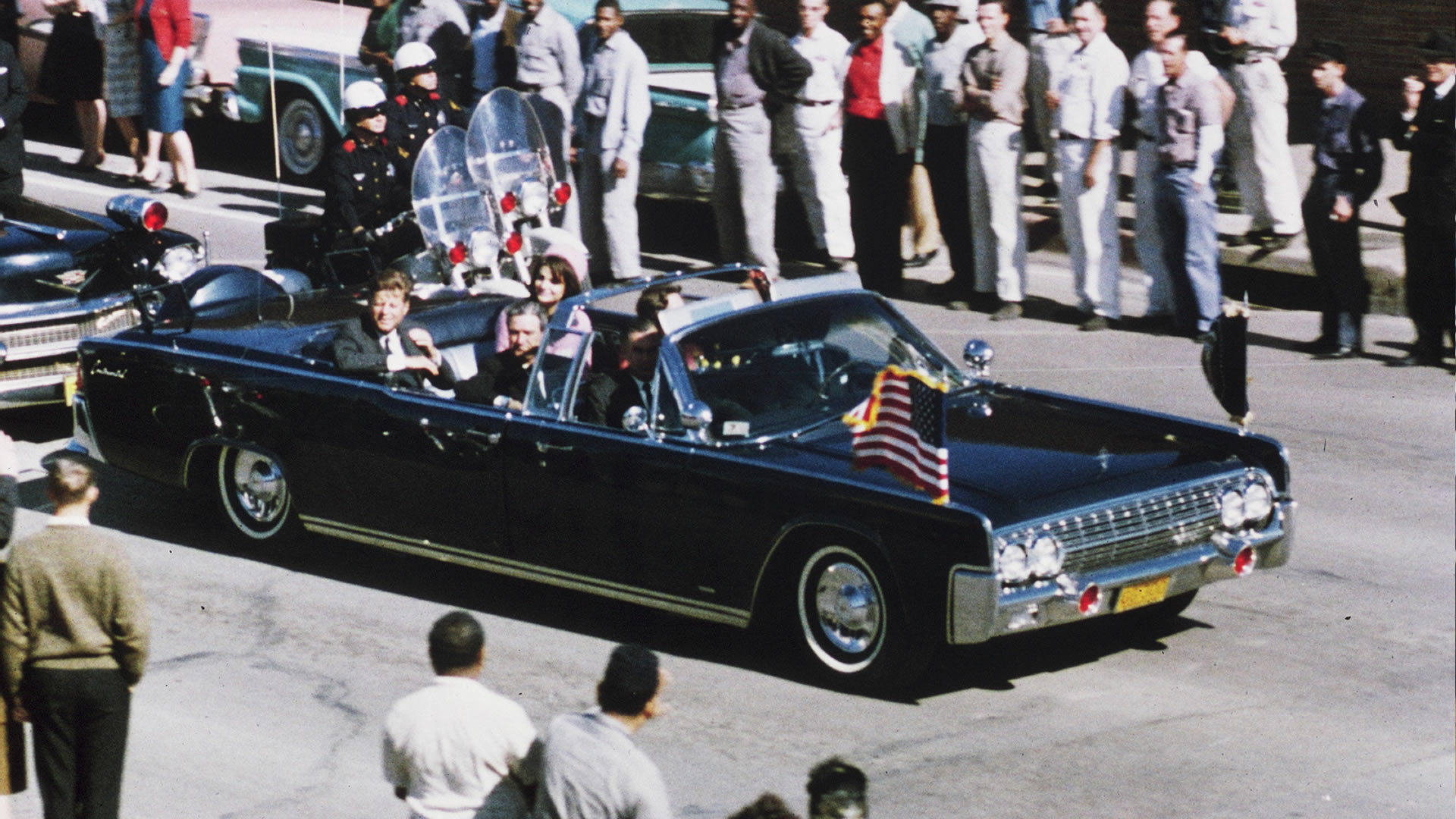 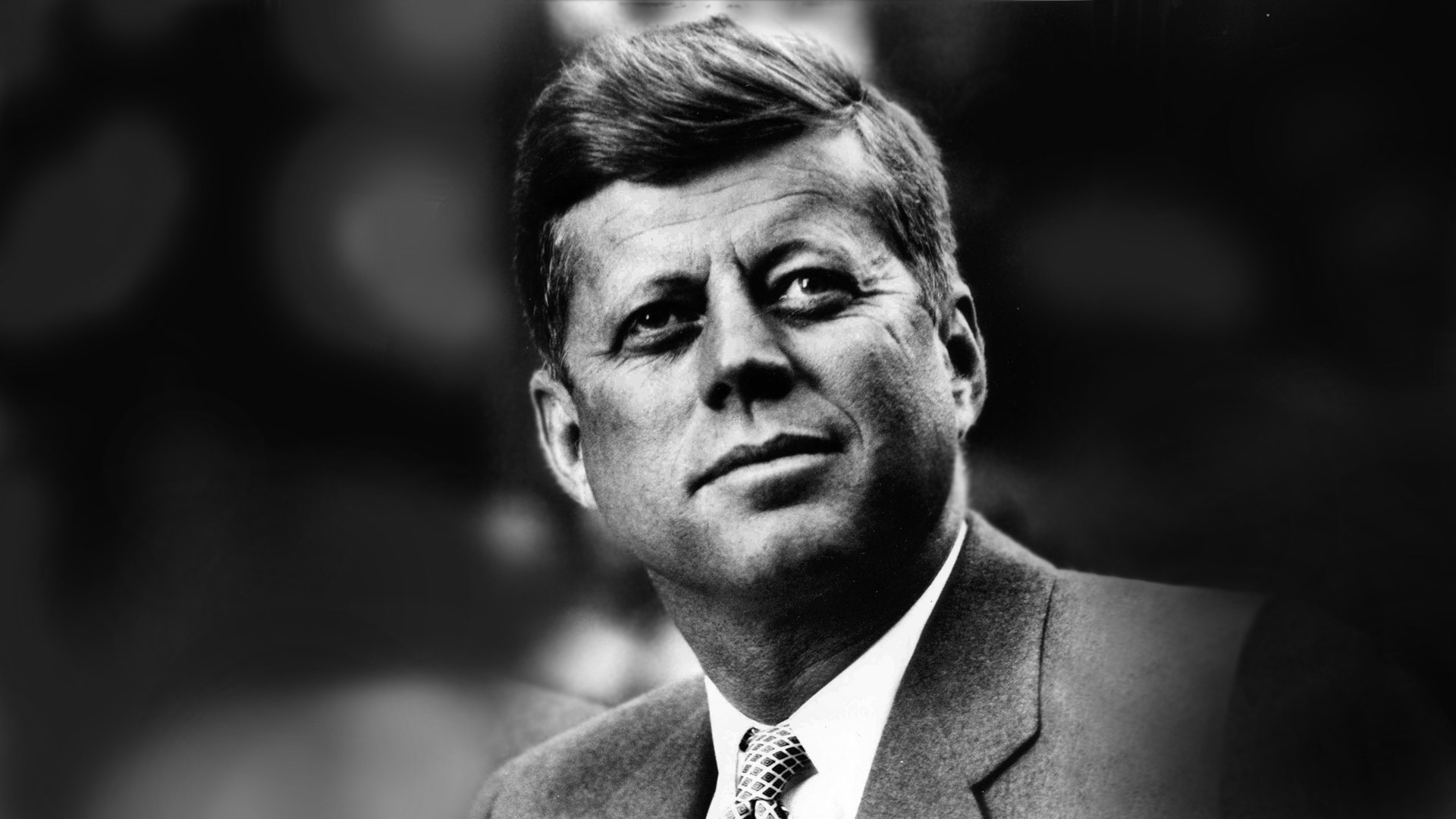 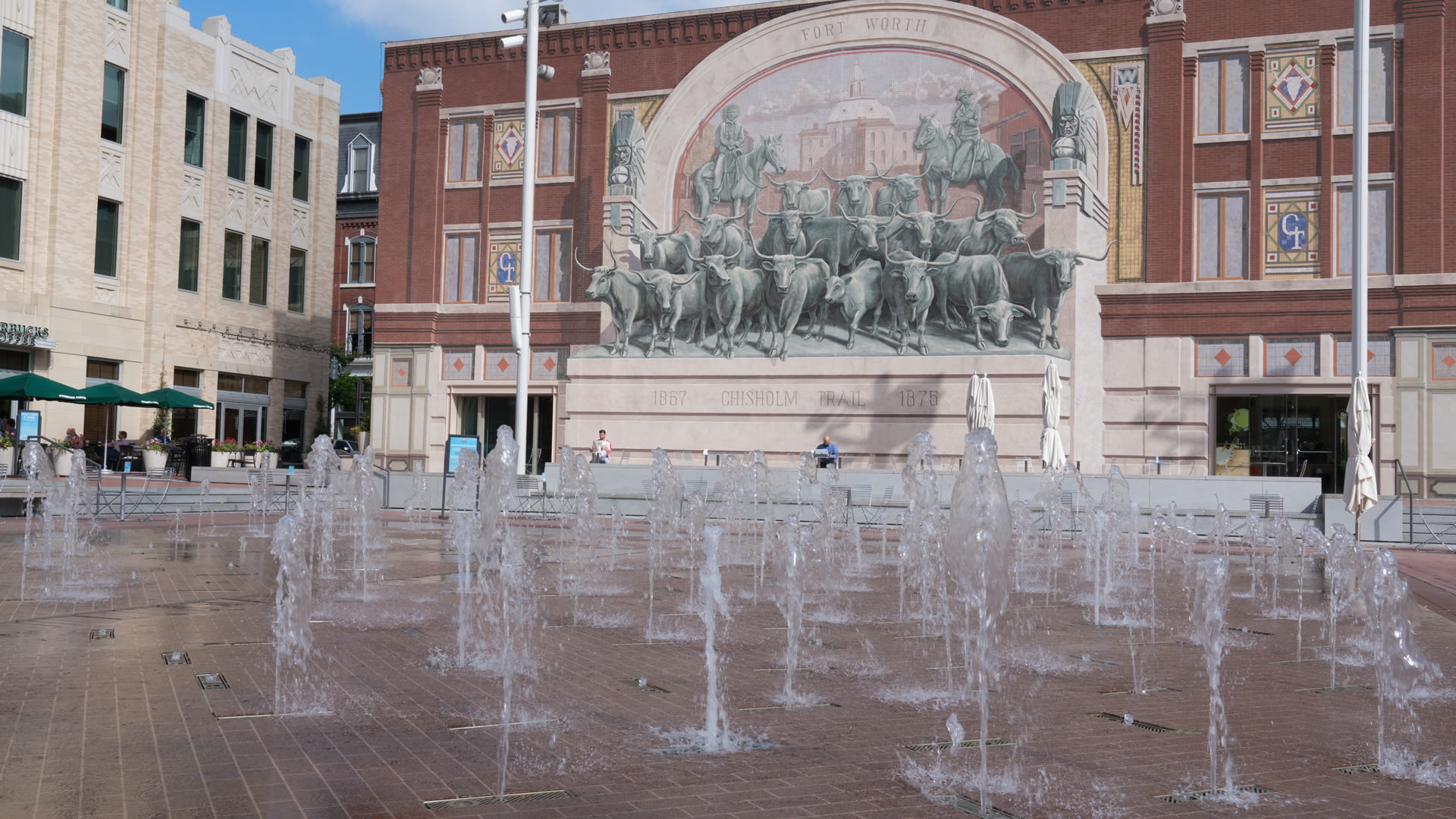 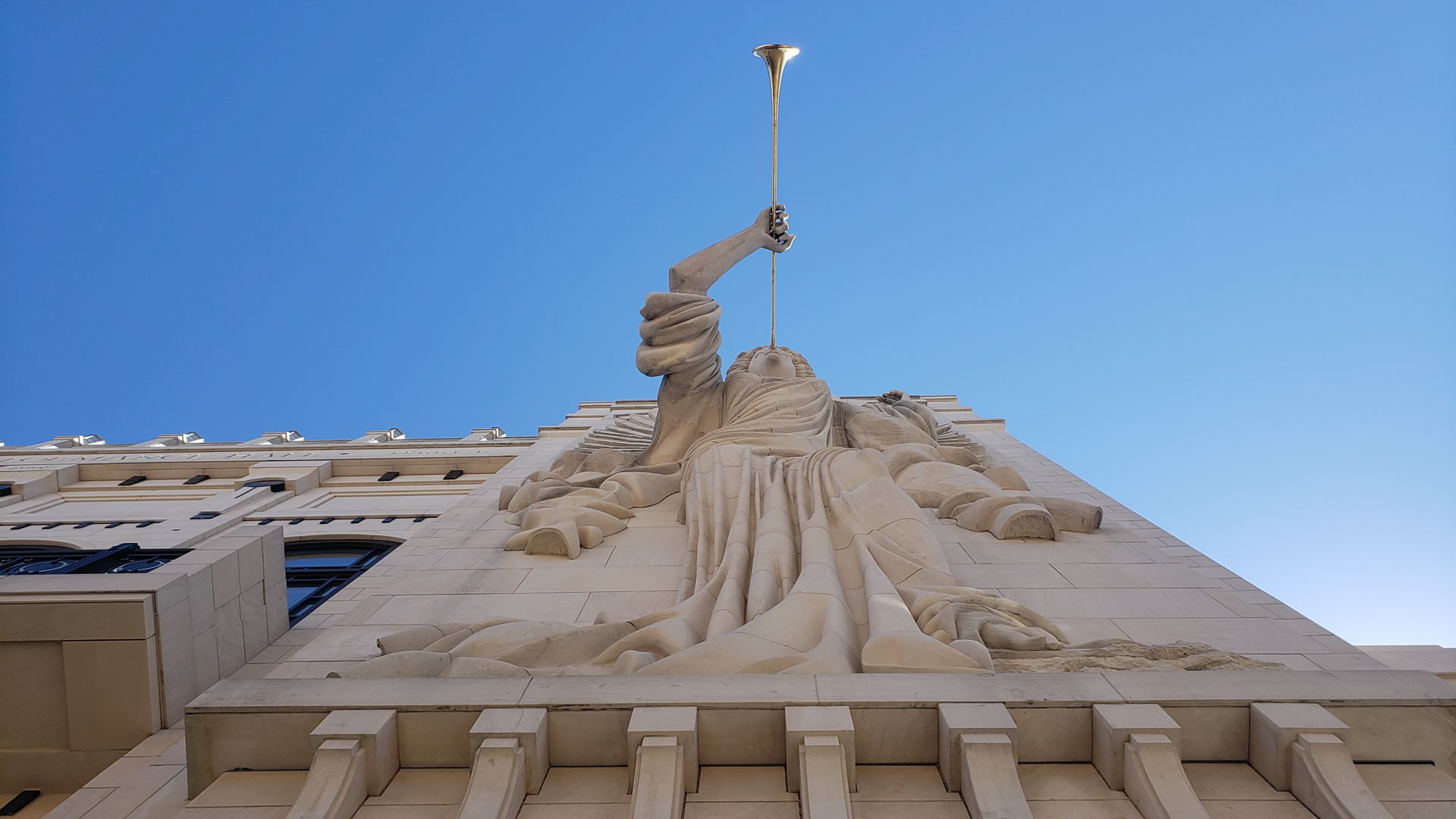 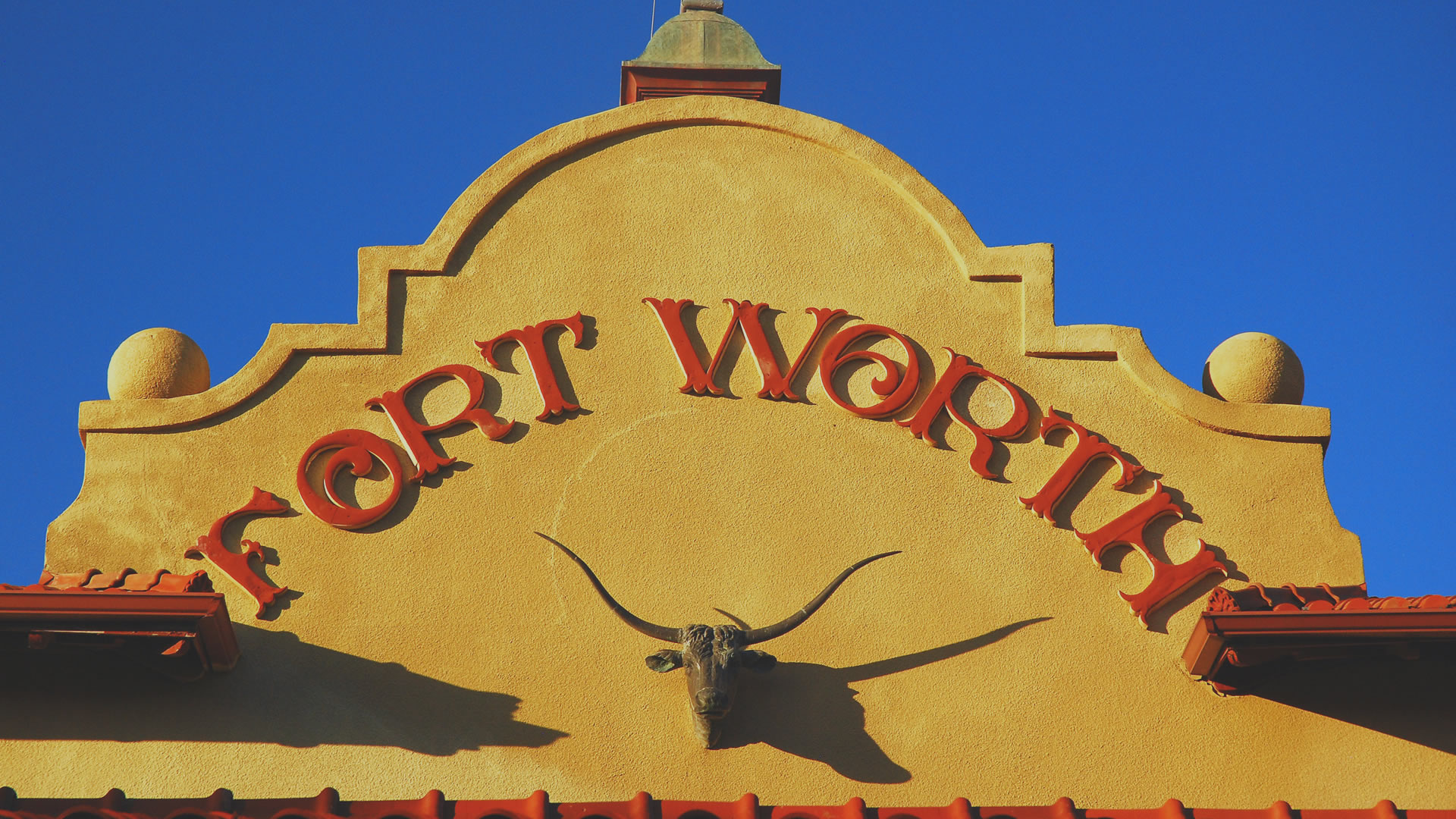